Ok – it has been a while since I created and posted a blog. I probably overdid my first one reporting on my photo workshop to the Grand Tetons. I have several blog posts to catch up on so I hope by the end of the year I will be able to catch up. I will have to continue to fight against the round tuits.

My wife, Sara, attends a conference every summer as a board member and I tag along, as it is nice to visit new locations and photograph while Sara attends the conference. This past July we went to Chicago for 6 days and stayed at the Sheraton Grand on the Chicago River. This hotel was ideally central to the locations I wanted to photograph.

When I go to a new location, particularly to photograph, I struggle with what local spots to go and photograph other than just the tourist areas especially since time is limited. I do the usual research using Google search and picking up travel books at the library. This just seems to scratch the surface, as the locations that are appealing aren’t easily found and referenced. This is where one I book I bought called “The Photographer’s Guide to Chicago” by Chris Smith helped a lot. Not only did he describe the great locations to shoot in Chicago, he also gave the specific locations with links to Google maps and described when the best time to shoot and with what lenses. This helped enormously as I was able to save the locations on my Google map app on my iPhone and refer to it as I made by daily treks around Chicago.

In addition, Out of Chicago, sponsored a Chicago Water Taxi architecture tour during a day I was going to be there. I signed up and spent a day with a group of photographers led by Angie McMonigal taking photographs as we traveled by water taxi to various locations.

I have organized my Chicago gallery in the Destinations menu with four sub galleries. The first sub gallery is the Abstract gallery. This series focuses on a sense of form, color, pattern and curves than it does on context. 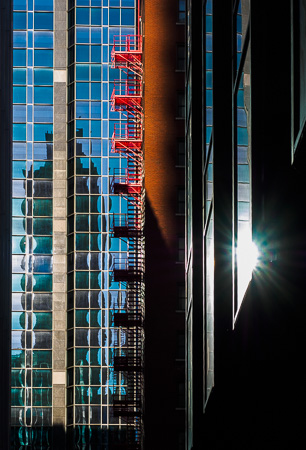 The second sub gallery, Architecture, showcases the beauty of the Chicago buildings as I wondered around the streets of Chicago. This is one of my favorites from this series. 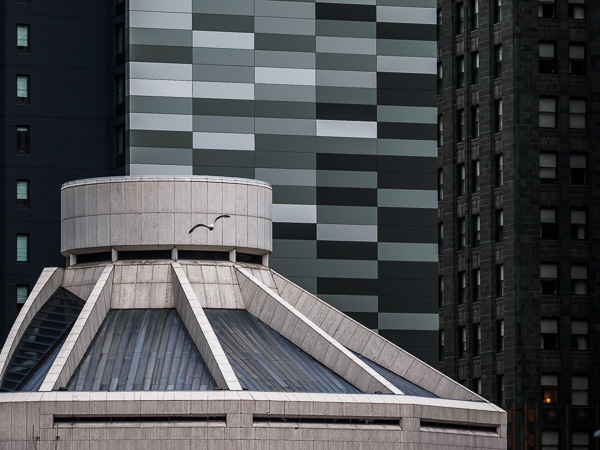 The third gallery, Cityscapes, is a collection showing views from various locations (including our hotel room) around Chicago , such as the 94th floor of 360 Chicago, along the river and long exposure images from along streets and from parking garages. This is my favorite long exposure taken of the “L” taken from a parking garage at the corner of Wells and Kinzie Streets. 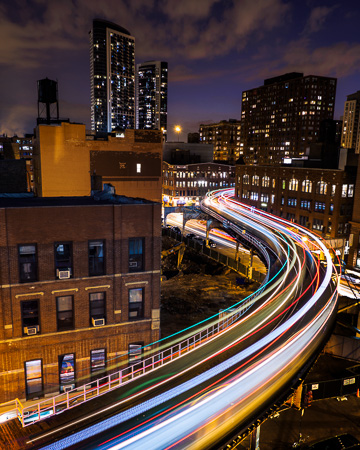 The final Chicago gallery, Urban Quilt, depicts the various geometric patterns, forms, shapes and lines created by the Chicago buildings. This is a term I like and describes the images in this gallery. This term is used by Angie as it looks like a multitude of patchwork patterns used to make quilts. 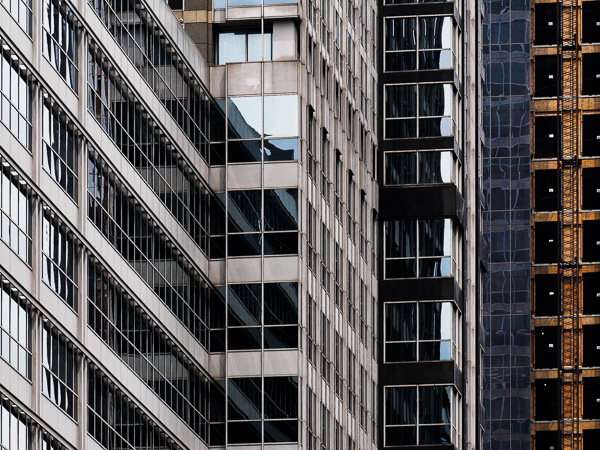 All in all, a productive trip photographically as I continue to learn to see creatively.

This entry was posted in Destinations, Trip Report.